GARDEN CITY, Kan. — The newest pioneers in western Kansas arrive from Somalia and Myanmar, Mexico and Sudan: thousands of immigrants and refugees chasing work in the cattle yards and packing plants where pay starts at $16 an hour and little English is needed to saw through meat and bone.

Even as Donald J. Trump and other politicians talk about deporting immigrants, blocking refugees and building border walls, many in this conservative corner of Kansas have come to embrace their growing diversity. Pho is a lunchtime staple downtown. The old Kwik Shop on Spruce Street became a Buddhist prayer space. Students in the local schools speak 35 languages.
But then came a plot to attack all of that.
This month, federal prosecutors announced that three white members of a militia from western Kansas had been accused of planning to bomb the apartments and makeshift mosque where Somali residents of Garden City live and pray. The three men called themselves “the Crusaders,” prosecutors said. They called their targets “cockroaches.”
“I don’t know why these people hate,” Abdulkadir Mohamed, 68, a community leader in Garden City, said one recent afternoon. “We are not terrorists.”
“We are not ISIS,” he added, referring to the Islamic State. “We come here for a better life.”
Prosecutors say the three men held “antigovernment, anti-Muslim and anti-immigrant extremist beliefs,” and researchers say their arrest came as the number of anti-Muslim crimes in the United States is soaring.
Hate crimes in the United States against Muslims and people perceived as Arab have reached the highest level since just after the Sept. 11, 2001, attacks, new data shows. Researchers say the increase is a backlash against terrorist attacks in places like Paris and San Bernardino, Calif., and the result of anti-immigrant and anti-Muslim language by politicians.

The outside of the mosque. The arrests left many Somalis in the city worried about their safety.
The arrests have unnerved the Somalis of Garden City, leaving many worried about their safety. People in this city of about 28,000 have held rallies and vigils in a show of unity, and the police have held meetings with Somali leaders. But not everyone feels comforted.
“I don’t know why they hate us,” said Abdirisaq Hassan, 36, who works at a meatpacking plant.
Like many Republican-controlled legislatures, officials in Kansas have resisted efforts to resettle Syrian refugees in the state. Gov. Sam Brownback, a Republican, cited “unacceptable” safety risks in an executive order last year forbidding state agencies to aid in relocating Syrian refugees.
In April, the governor withdrew Kansas entirely from the federal government’s refugee resettlement program.
After the arrests of the three men were announced on Oct. 14, Mr. Brownback said that “hate and violence” had no place in the state.
In Garden City, Mr. Mohamed said his instinct after he learned of the plot was to pack up and leave. Like many others here, he had fled unrest and extremist militants in Somalia. Mr. Mohamed’s brother had been killed by the extremist group the Shabab, and his wife and children moved to Uganda. Many Somali refugees were resettled in Kansas in the mid-2000s.
Mr. Mohamed said he had been one of the first Somalis to settle in Garden City, about seven years ago, crossing the plains in a caravan of minivans with other Somalis after their old meatpacking plant in Nebraska shut down.
Somali residents spend Thanksgivings and Halloweens in the houses of lifelong Garden City families, and they welcome their non-Somali neighbors over for Muslim holidays. 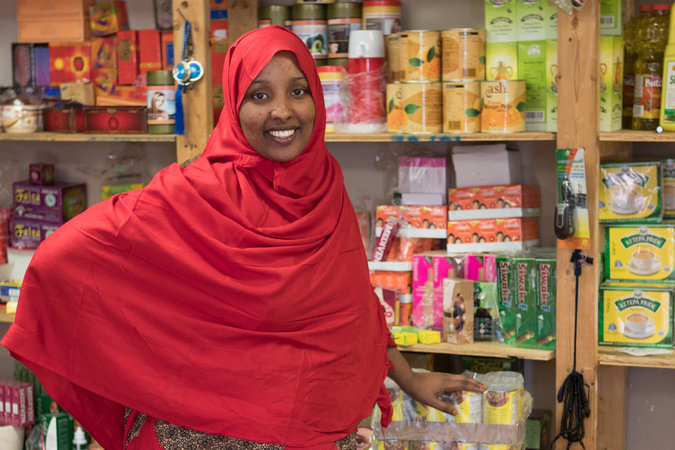 From left, the three suspects: Curtis Allen, Patrick Stein and Gavin Wright.
To Mr. Mohamed, this is home. But now, he says, he feels unsettled.
“Like a walking dead,” he said, as he sipped a cup of sweet Kenyan tea at the African Shop, one of two Somali-run businesses in Garden City.
The growth of the Somali community has further changed the face of a region that was already increasingly less white. Here in Finney County, white residents made up 70 percent of the population in 1990. Now, they represent 43 percent, according to census figures. In schools, 79 percent of children are nonwhite, and notices to parents are sent home in English, Spanish, Vietnamese and Burmese.
The federal investigation into the militia from western Kansas began in February and relied heavily on an undercover F.B.I. agent who met with at least one of the defendants, and on a paid informant who went to Crusaders meetings and sometimes recorded what was discussed there, investigators wrote in an affidavit.
The three men charged in the case — Patrick Stein, Curtis Allen and Gavin Wright — were longtime Kansans who lived and worked about an hour’s drive from Garden City. All are being held without bond. Lawyers for the men declined to comment on the case or did not return telephone messages.
A brief statement from Mr. Stein’s mother, Hattie, said, “We do not support discrimination of any sort and have never advocated or condoned violence.”
According to prosecutors, the men met at Mr. Wright’s mobile-home business to discuss possible targets, dropping virtual pins on a Google Map of the area. They planned to pack four vehicles with explosives, leave them at the one-story apartments where many Somali and Burmese families live, and detonate them using a cellphone.
After the men were arrested, the authorities said they found guns, nearly a metric ton of ammunition, possible bomb-making components and a copy of “The Anarchist Cookbook,” which includes instructions on making explosives.

Halima Farah, 26, said nobody had expected to discuss explosives and domestic terrorism in Garden City.
“We’re going to talk about killing people and going to prison for life,” Mr. Allen said during one meeting, according to the federal authorities. “Less than 60 days, maybe 40 days until something major happens.”
Later, Mr. Stein added, “When we go on operations, there’s no leaving anyone behind, even if it’s a 1-year-old; I’m serious.”
As laid out in the criminal complaint, the brown-brick apartments on Mary Street were a hated target to the three defendants, “full of goddamn cockroaches.” But to the immigrant families living there, they are the ground floor in an American journey.
Somali and Burmese children play soccer together in the parking lots. Donated beds are delivered to new families, though some are so accustomed to sleeping on the thin mats of a refugee camp that they forgo the box springs and bed frames.
The mosque is little more than a small apartment where Somali men slip off their shoes to pray before or after eight-hour shifts at the beef plant. For the past two weeks, since he arrived in Garden City, Abdishakur Mohamed Noor, 55, has been sleeping there under a borrowed blanket because he does not have the paperwork required to get a job at the plant.
People here have tried to show unity since the news of the plot broke, holding vigils and standing together — white residents next to Somali women in colorful abayas — on the sidewalks with posters that praise their town and the local police.
“It’s like an attack against the whole of who we are,” said Sister Janice Thome, a Roman Catholic nun who spends many of her days fielding phone calls from immigrant families looking for help paying the utilities or a dentist bill, or for a ride to the doctor’s office in Kansas City, Mo., 370 miles away.
But for some Somali residents, the arrests raised a chance to discuss the smaller ways they can feel unwelcome in their adoptive home. They say they feel curious stares at Walmart. The African Shop, with its shelves stocked with goat’s milk ghee, black currant syrup and Ethiopian chile powder, has been looking for a new location. But Halima Farah, 26, who works there, said that every time she goes to speak with a landlord about a vacant property, it mysteriously seems to be unavailable.
But mostly, she said, Garden City is welcoming and safe.
“We live in a small town,” Ms. Farah said, where nobody ever expected to be discussing explosives and domestic terrorism. “We were like, ‘Of all places, Garden City?’ ”