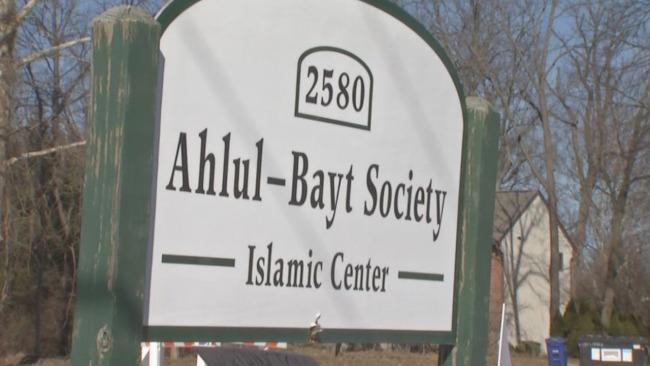 COLUMBUS (WCMH) —The Columbus chapter of the Council on American-Islamic Relations says a man was caught on surveillance video vandalizing the Ahlul Bayt Islamic Center on the city’s northwest side.

Early Saturday morning, while a group of people were worshiping inside, security cameras caught the man scrawling anti-Islamic graffiti on the mosque doors.

“Our concern is that when people go to these mosques and vandalize and do these smaller things, that could lead to bigger things if strong action is not taken and these people are not prosecuted,” said CAIR legal director Romin Iqbal.

CAIR wants local law enforcement and the FBI to look into this act as a hate crime.

“There is a lot of fear in the community especially since the election that there has been an increase in hate crimes against Muslims in central Ohio,” said Iqbal.

“I don’t know if it rises to a level of a hate crime yet,” said Perry Township Police Chief John Petrozzi.

Perry Township police are searching for the suspect. They’re calling this an act of “criminal mischief.” So far, police have not found any direct threat of violence against Muslims who attend the mosque.

“He had some message he wanted to send. They key is trying to figure out what his motivation was and is he in fact dangerous,” said Petrozzi.

The FBI has stepped in to see if what was written on those doors could be considered a hate crime. If so, federal charges could be filed.

In the meantime, the community has rallied around the Islamic Center showing their support for the mosque and the Muslim faith.

Samantha Haub is just one of many who live in the city’s northwest side showing their support by bringing flowers and writing letters to the center.

“I think as neighbors it is really important to step out and reach out to those that live close by to you,” said Haub.