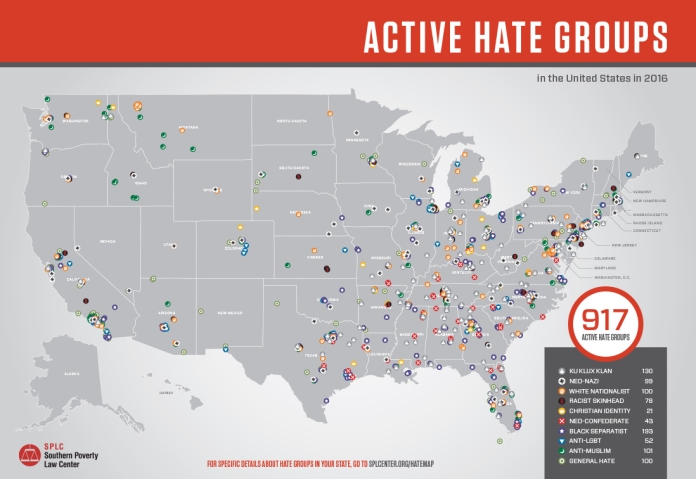 Before the elections, we were told that our fears of a Trump presidency were unfounded, that we were overreacting, and should have faith in humanity. But in recent days, less than two months after the election, we hear stories daily that are horrifying and heartbreaking. We hear stories of Latino boys and girls terrified of going to school out of fear that they’ll be separated from their families. We hear stories of Muslim parents begging their daughters not to wear hijab in public for fear for their lives.

We hear similar stories of Jewish, African American, Indian, and LGBTQ adults and children not only afraid of bullying or harassment, but of losing their lives or their parents. This, we can all agree, is both enraging and heartbreaking. These fears are not unfounded. All of a sudden, we seem to hear about more hate crimes being perpetrated against various groups and communities. So the question remains, are there more hate crimes being perpetrated? Or are we just being more sensitive to isolated incidents and feeling insecure about the current political climate?

The Southern Poverty Law Center (SPLC) has released an alarming new report summarizing the views of five thousand teachers on the the impact of political rhetoric on students.  Overall the SPLC found that, “teachers have noted an increase in bullying, harassment, and intimidation of students whose races, religions, or nationalities have been the verbal targets of candidates on the campaign trail.” One teacher from Helena, Montana said that “students are hearing more hate language than I have ever heard at our school before.”

But the impact on these students is not only in terms of fear or apprehension. The impact is also intellectual and academic. A number of teachers reported that this election cycle made students “less trusting of government,” and “hostile to opposing points of view.” A nationwide event that was once a learning experience for students all over the country is now reducing these same students to fearing the rhetoric or using it to attack their peers.

Looking at specifically anti-Muslim hate groups, the Southern Poverty Law Center noted that in 2016, the number of such groups has nearly tripled from 34 to 101 and that these groups are gaining power and influence.

The SPLC argues that the Trump administration is not completely blameless in this spike. Looking at the number of anti-Muslim hate crimes in the months after September 11, 2001, there was a steep rise. But in 2002, the number dropped dramatically. The SPLC finds that this happened in large part due to former President George W. Bush constantly reminding the American public that “Arabs and Muslims aren’t our enemy…our enemy is a very specific group called Al-Qaeda.”

Within 34 days after the election, there were 1,094 incidents of hate crimes that targeted all minority groups. Of these incidents, over one-third targeted Muslims and immigrants. Over one-third included a direct reference to the “Make America Great Again” slogan, or Trump’s remarks about grabbing women “by the p****.”

The SPLC also found that in 2016, the overall number of anti-Muslim, white nationalist, KKK-affiliated, anti-immigrant, anti-LGBT, anti-Semitic, and black separatist groups rose from 892 in 2015 to 917 in 2016. This number is historically high.

Mark Potok, a senior fellow at SPLC stated, “Trump’s election has been absolutely electrifying to the radical right.”

Clearly, our fears are not unfounded. We are not overreacting. There are more synagogues and Jewish cemeteries being burned down and vandalized than before. There are more hate groups against all minority groups than there were before. And there is a heck of a lot more fear than there was before.  Now the question remains:  what are we going to do about it? How do we convince those who are unwilling to listen that we’re all stronger when we stand together? How do we keep the youngest of our communities from giving in to their fears? How do we fight the hate?