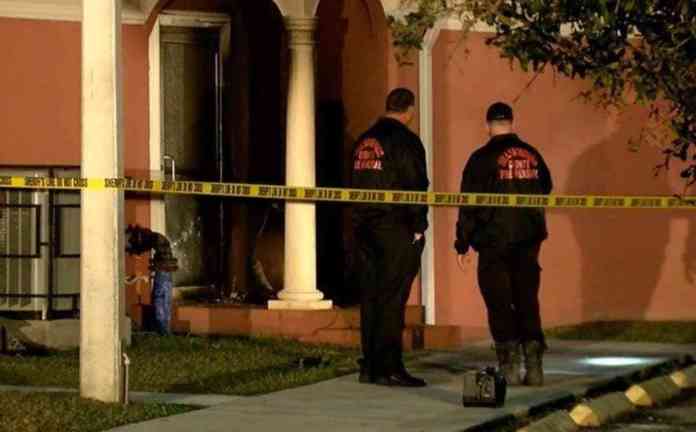 A fire started at a central Florida mosque early Friday morning was arson, local officials have confirmed. One of the side doors of the Islamic Society of New Tampa was found with bullet holes, with a rope pushed through to start the fire, according to a regular visitor who arrived at the mosque after hearing there was a fire.

Hillsborough Country Fire Rescue later confirmed that the incident had been ruled as arson.

Arshadd Malik, who described the scene, said he was pretty shaken up to have such an incident happen at a place of prayer.

“We are here to practice just whatever we want. Right? So you cannot hate people like that. Hating me? Hating God? Is this what the USA is? Is this what our constitution tells you?”

The Council on American-Islamic Relations has offered a reward of $5,000 for information leading to the arrest and conviction of the individuals or persons responsible for the fire. The Florida chapter of the civil rights group said that the incident was a “heinous act of terror.”

“We congratulate the Hillsborough County first responders for their prompt response to this tragic situation,” read a statement from CAIR-Florida Communications Director Wilfredo Amr Ruiz. “It is worrisome that our community have fallen victim of what appears to be another hate crime. This time another Florida mosque has been targeted in a crime that could have easily taken the life of any worshiper.

“Our prayers are with the New Tampa Mosque community; and we are grateful that nobody was physically hurt. CAIR-Florida urgently call all local, state and federal law enforcement agencies to be on top of the investigation of what appears to be a heinous act of terror against the Muslim community.”

Last September, a mosque in Fort Pierce, Florida, which was regularly attended by the man who attacked an Orlando nightclub three months earlier, was the target of an arson attack.

Across the country, incidents of hate against Muslims have been on the rise in the past two years. In 2015, hate crimes targeting Muslims rose 67 percent from the previous year, according to FBI data. However, the real number is suspected to be much higher.