“It is not lost on me the harm these letters have caused the family and the greater Muslim community,” said Superintendent Robert Tremblay in a statement. 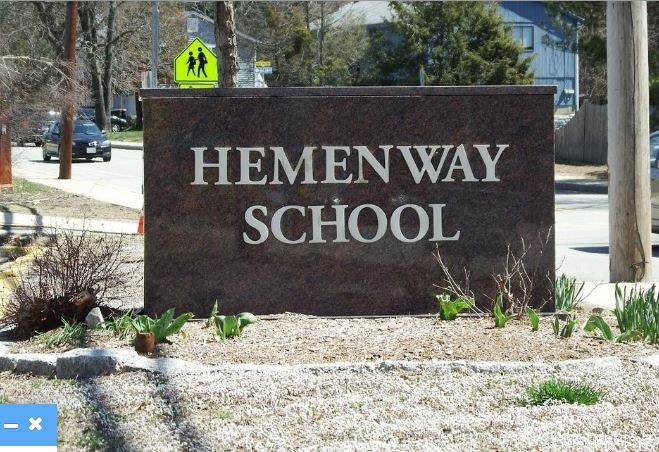 FRAMINGHAM – Jamaal Siddiqui described his usually cheerful 10-year-old niece, who is Muslim, as “quiet” after she received two hate notes in her cubby at Hemenway Elementary School – one calling her a terrorist and the other threatening to kill her.

“That’s more alarming for us because she’s not like that. She’s upbeat, she’s always outside playing in the cold, and she’s refraining from doing that because she’s scared. And she has all the right to be scared,” Siddiqui said Wednesday morning.

Police are investigating a possible hate crime at the Water Street school, after Siddiqui’s niece reported receiving hateful and threatening letters, school officials said. Schools Superintendent Robert Tremblay said the first letter was found on Friday and the second on Monday, both were placed in the student’s storage bin. Tremblay described the most recent message as “threatening harm,” calling the messages “unacceptable and unwelcome in our community.”

“This is not a Framingham problem. This is not a Hemenway problem. This is a pervasive problem around hate that we have to take a stand on and address,” Tremblay said during a press conference in front of the school on Wednesday morning. “We are investigating this, we are taking this very, very seriously. We don’t imagine that this is an imminent danger to the school, safety is our priority and we’re going to continue to make that our priority.”

Since the letters surfaced, the district’s Interfaith Advisory Committee, Tremblay, and school safety officials met with the family to give them an update on the investigation and next steps. Tremblay said the first priority is finding who is responsible for the letters and making sure the victim feels safe.

“I honestly am heartbroken. This is not just a one and done. This is something we live every single day with every single student, trying to make them feel respected and included,” Principal Elizabeth Simon said.

Hate crimes in the U.S. increased about 17 percent in 2017 compared to the previous year, according to data released by the FBI on Tuesday. The report found that religion comprised 20.6 percent of all single-bias incidents. A hate crime is defined under federal law as a crime that targets a person because of their actual or perceived race, color, religion, national origin, ethnicity, sexual preference or gender.

In April, the Council on American-Islamic Relations (CAIR) released a report that found a 17 percent increase in anti-Muslim bias incidents nationwide in 2017 compared to 2016. This was accompanied by a 15 percent increase in hate crimes targeting American Muslims over the same period.

Sumaiya Zama, the director of Community Advocacy and Education at CAIR’s Massachusetts chapter, is acting as an advocate for the family and said she’s aware of an increase in such incidents.

“Through my work on the ground and with the community, I have noticed an uptick in identity-based incidents that involve young Muslims. We need to pay close attention to this,” said Zama.

Siddiqui said he and his wife grew up in Framingham and feel close to the city, calling the incident something “you don’t expect to happen in your own backyard.” He said he was appreciative of how the district is handling the incident so far.

“There’s still a long ways to go. But we know the school and the school board are doing the best that they can, but it doesn’t mean we’re taking this lightly in any way. We need a resolution as soon as possible,” said Siddiqui.

The district will also conduct an internal investigation by the Office of Equity, Diversity, and Community Development.