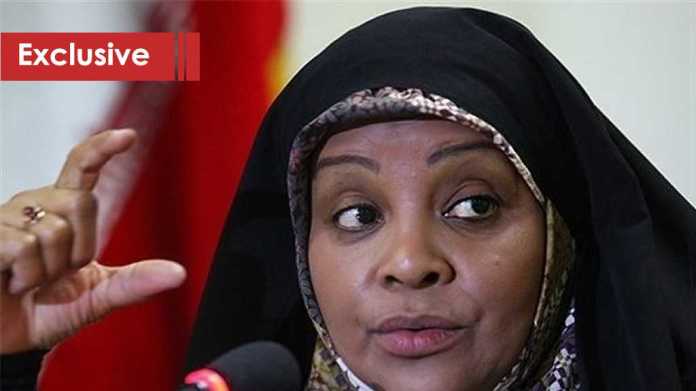 A journalist has been kidnapped inside US territories without any charge or crime. On Sunday January 13, the FBI abducted American-born journalist and anchor Marzieh Hashemi , born Melanie Franklin, upon arrival at St. Louis Lambert International Airport in St. Louis, Missouri, , according to her family and friends.

Marzieh Hashemi, a journalist and anchor working for Iran’s English-language Press TV television news network, has been detained and imprisoned in the United States for unspecified reasons and is reportedly being treated badly by the authorities who abducted her. Press TV reported that Marzieh had arrived in the US to visit her ill brother and other family members. Her relatives were unable to contact her, and she was allowed to contact her daughter only two days after her arrest.

Hashemi, who has been living in Iran for years and is a Muslim revert, has told her daughter that she was handcuffed and shackled and was being treated like a criminal. The journalist also said that she had her hijab forcibly removed, and was photographed without her headscarf upon arrival at the prison.

As if forcing her hijab off was not enough humiliation for Hashemi, she has only been allowed to wear a T-shirt, and is currently using another one to cover her head. Furthermore, she has been offered only pork as meal – which is forbidden under Islamic law – and even denied bread and any other halal food after refusing to consume the meat. Hashemi told her daughter that the only food she has had over the past two days has been a packet of crackers. 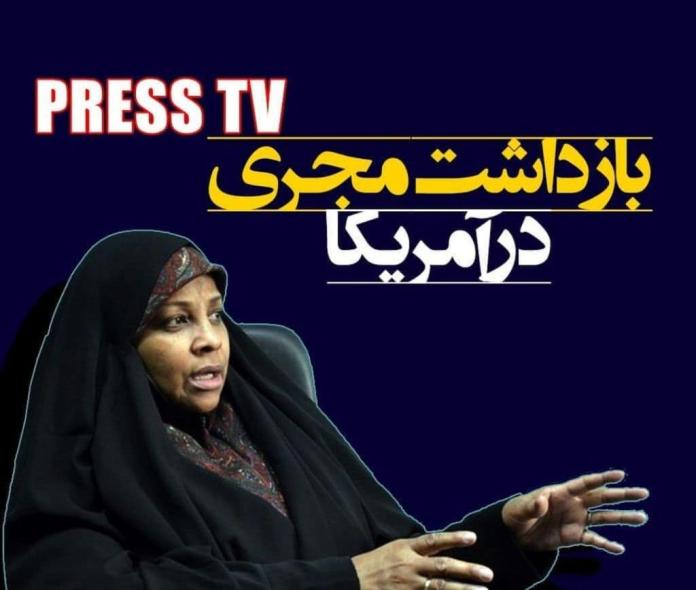 The United States of America, which likes to remind us daily how it is amongst the few countries around the globe to respect human rights, freedom of speech and tolerates religious differences, has showed the world the absolute opposite by abducting Marzieh. Not only did the FBI illegally detain a person without any charges, they also resided to humiliating her by forcing her to remove what every pious Muslim woman holds sacred, her Hijab. To add salt to the injury, they offered only the type of food, which they knew for sure she wouldn’t eat because it contains pork which is considered ill-gotten in Islam.

Just think about it for a second, if a this is how an American citizen is treated while in FBI custody without any charge then imagine the cases inside US illegal detention centers which are spread across the globe to torture “suspects” whom the US “ believes” are a “threat to national security”. Who’s to say that Marzieh will get to have legal presentation to defend her? Who’s to say she will ever go to court? Who’s to say if we ever see Marzieh again?

The FBI or whichever US authority that had Marzieh abducted had only one thing in mind by incarcerating her. They want to punish Hashemi for being a beacon of truth at times of fake news peak and to intimidate all other journalist especially in English speaking TV channels in order to stay silent and not report what the US believes to be against its imperial agenda.

Violence against journalists which the US usually accuses other states of conducted has become the bread of the US authorities.  What the US has shown its own citizen Marzieh now is simply hatred because of her voice and her activism, which was amplified on social networks by Press TV’s viewers who now became the loudest defenders of Hashemi.

These expressions of hatred by US authorities against Marzieh legitimize violence against journalists all across the world, thereby undermining journalism, and democracy itself. The same democracy that the US wages wars and commits war crimes in order to impose on other “less fortunate countries”.

At a time when the US supposedly a “democracy” that has made “tolerance” its number one social goal, is failing miserably at both democracy and tolerance because the US is slowly but surely killing Freedom of Speech. The US allows journalists to say what they want, as long as their words don’t cause tangible harm to the empire’s agendas and interests.

Where the concept of Freedom of Speech is absent, people believe they are entitled to kill others who say things they find offensive or that may threaten their interests. Without Freedom of Speech, we would literally be living in the Dark Ages and that is exactly where the US government wants to take all of us who dare challenge the empire’s narrative and who dare expose the empire’s complicity in crimes all over the world.

However, we shall not be silenced, neither shall Marzieh. We shall be Marzieh’s voice and we shall make sure her message will be heard, one of tolerance, righteousness and sympathy with the oppressed. We can all voice our support to Marzieh Hashemi and our contempt to the illegal actions of the US authorities against Marzieh by tweeting, posting and writing about her story. Marzieh’s family members and media activists have launched a social media campaign with the hashtags #FreeMarziehHashemi and #Pray4MarziehHashemi in support of the detained journalist. Let us all use these hashtags and raise our voices to end violence against journalists everywhere.