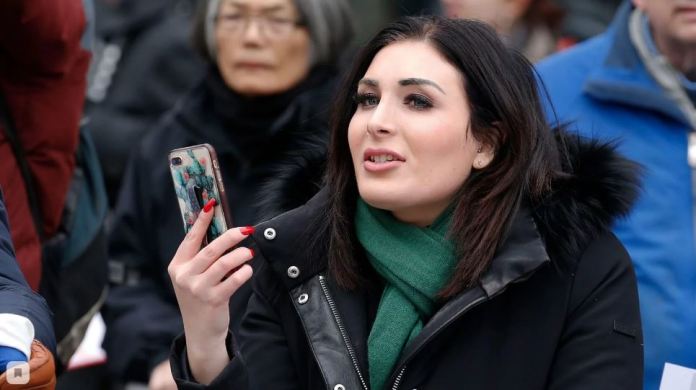 The Conservative Political Action Conference banned anti-Muslim provocateur Laura Loomer from its final day on Saturday, after she used her media credentials to harass reporters.

Loomer has risen to prominence on the right through a practice she calls “Loomering,” in which she aggressively confronts or heckles public figures. On Friday, Loomer badgered reporters at CPAC with a camera crew, using her media pass to enter the media filing area to pursue reporters from CNN and other outlets after they had already declined to speak with her.

Loomer and CPAC didn’t respond to requests for comment.

The CPAC ban is just the latest ban for Loomer, who has already been booted from a number of services. Loomer has been kicked off of Twitter, PayPal, Uber, Lyft, and even food delivery app Uber Eats for her attacks on Muslims, which included calling for a ride-hailing app that wouldn’t employ Muslims.

After harassing reporters on Friday, Loomer was refused access to the event on Saturday, according to a video she posted on YouTube. In the clip, Loomer attempts to convince CPAC security guards to let her into the conference anyway.

Instead, the security guards took away her media pass. Loomer was blocked from entering CPAC shortly before Donald Trump addressed the crowd.

“I’m one of Trump’s biggest supporters,” Loomer said in the video. “I have 265,000 followers on Twitter, before I was banned.”

Loomer has organized a series of publicity stunts since being banned from Twitter last year. In November, Loomer chained herself to a door at Twitter’s headquarters to protest her ban.