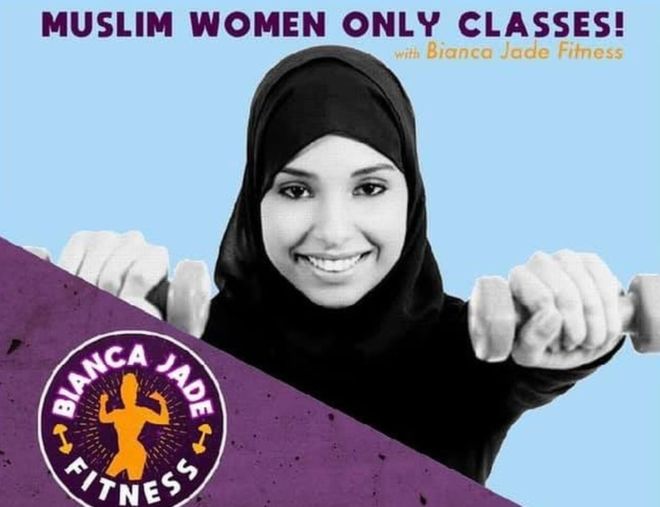 Racist abuse heaped upon a trainer who set up a fitness class aimed at Muslim woman has been branded “utterly disgraceful” by a police chief.

Bianca Jade said she has had death threats since putting up posters showing a woman in a hijab holding a pair of weights.

Ms Jade, who is not a Muslim, said she has also been sent racist slurs and been told to “watch her back”.

Fitness instructor Ms Jade, 30, said she created the classes for women to “get fit in a comfortable environment, without worrying about being self-conscious”.

While the sessions are targeted at Muslim women, she said all ladies were welcome to join.

Ms Jade, who believes her car tyres were slashed as part of a campaign against her, said she has received abuse via social media, texts and e-mails.

“I’ve had messages calling me racist names… telling me to go back to my own country, telling me to watch my back… saying they’re going to kill me,” she said.

“It makes me feel paranoid… I’m always looking behind me.”

Nottinghamshire Police is investigating the abuse as a “hate incident”.

Ch Insp Suk Verma said Ms Jade had done “nothing wrong” by aiming the class at a particular group.

“She’s providing a service to a specific part of the community, but she said anyone is welcome,” he said.

The “unacceptable” abuse portrayed a “sad element of society where hate is prevalent”, he added.

Zaynab Asghar, from the Nottingham Muslim Women’s Network, said she was “disgusted” by the abuse, but not shocked.

She said: “I’m not surprised at all by the words being used… but death threats are on another level.”

Ms Asghar added there were many classes aimed at different ethnic groups.