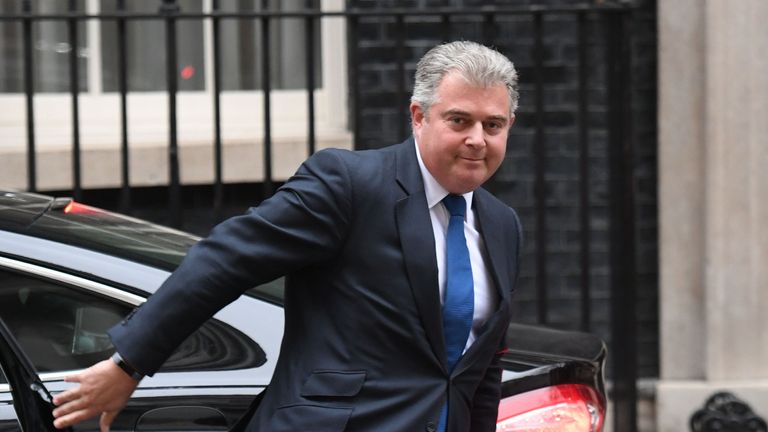 The Conservative party chairman, Brandon Lewis, has been accused of selectively responding to allegations of Islamophobia and other abusive online behaviour by Tory members, after 10 new cases were highlighted but no action taken.

Fresh material gathered by an anonymous Twitter user who has been drawing attention to the issue included one member’s complaint that “we’ll be a Muslim country under sharia law if Labour get in” and another’s that Muslims “steal dogs”.

A third member, who photographed himself with Boris Johnson in 2015, once wrote that he was “going through a few magazines the other day down at the local mosque … then the rifle jammed”.

The additional cases were drawn to the attention of the Conservative party online over the weekend but no action appears to have been taken, in contrast to a similar episode last week when 14 party members were suspended and placed under investigation.

The Twitter user, who uses the tag @matesjacob, said he believed Lewis was responding selectively, sometimes confirming online that an individual who had been subject of complaints had already been suspended.

“Brandon Lewis frequently confirms the suspension of specific members when it suits him,” the Twitter user wrote. He said as a result it was unclear what actions had been taken by the party in response to complaints that had been highlighted.

He also accused Lewis of misleading the anti-racism campaign group Hope Not Hate in November by telling them he was aware of “no outstanding complaints” of Islamophobia.

A leaked email, first reported by Buzzfeed, showed that a Tory party official sent an email drawing attention to examples from the @matesjacob Twitter account on 4 October. That prompted the anonymous author to say Lewis had not told the truth.

[This update was added on 12 March 2019: A Conservative spokesperson said it was not the case the party treated complaints differently. “Where people who have made offensive posts have been highlighted and identified as party members, they have been immediately suspended, pending further investigation.

“When we find evidence of members making offensive or inappropriate comments, we consistently take decisive action. Discrimination or abuse of any kind is wrong and will not be tolerated.” See footnote]

It is not the first time that Lewis has been accused of ignoring calls by Tory members and other to investigate alleged racist and Islamophobic incidents. Last week, it was claimed in Portsmouth South that a white senior party official had referred to an Asian councillor as an orangutan and that minority ethnic members had been cut out of communications to ensure they were not chosen to represent the party. But when complaints were made to Lewis, the complainants said, no action had been taken.

Leaked letters also show Downing Street was forced to issue an apology to a Conservative association chairman who resigned over the party’s handling of Islamophobia complaints.

Ajay Jagota resigned as chair of the South Shields Conservative association in January, criticising the party’s failure to deal with his allegation.

In a letter to Lewis copied to Theresa May, Jagota said he had been subjected to “racist comments”, and despite raising the issue several times he had not had a response.

It emerged that one of the prime minister’s advisers, David Beckingham, wrote to Jagota in February saying he was “sorry to read of your concerns and that you had not received a response regarding your complaint”.

He said: “I have spoken to Conservative campaign headquarters who have assured me that your complaint is being investigated and that you will receive an update shortly. I am sorry again to hear your concerns and I hope that this matter can be resolved satisfactorily.”