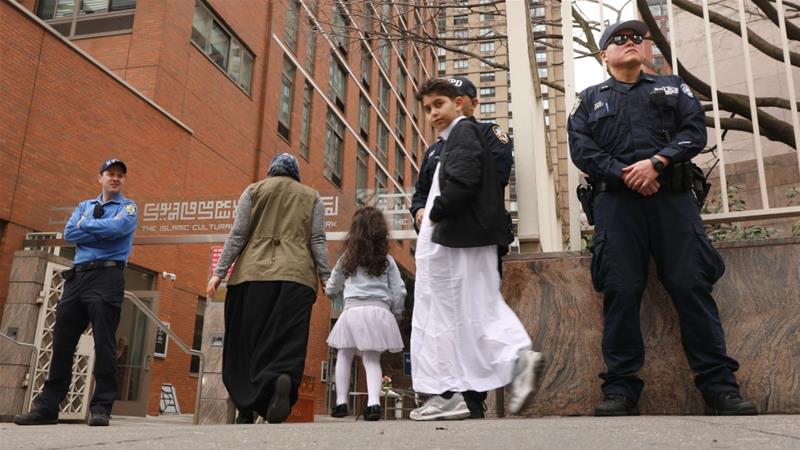 Anti-Muslim attacks have steadily increased in the past few years worldwide.

The killing of at least 49 Muslim worshippers at two mosques on Friday in New Zealand was the latest in a series of attacks against Muslims in western countries – and by far the worst.

Researchers have documented a surge in anti-Muslim attacks in the United Kingdom, Canada and the United States, among other countries, noting an all-time high in recent years.

Here are some of the most deadly:

US – August 2016: A New York imam and his associate are shot and killed on a busy street near their mosque in Queens. Police say it was a hate crime. The attacker is arrested and charged with murder.

Switzerland – December 2016: A 30-year-old man enters a mosque in central Zurich and starts firing at a handful of men who were drinking tea after evening prayer. Three are wounded.

Another victim was killed by the same perpetrator earlier in the day. The suspect escapes but is found dead near a river close to the mosque.

Canada – January 2017: Alexandre Bissonnette, 27, kills six Muslim worshippers and injures scores of others in an attack at a Quebec City mosque during evening prayers.

The fatalities include one victim who was killed as he attempted to tackle the gunman. Nineteen others are injured in the shooting. Bissonnette is sentenced to life imprisonment.

US – May 2017: Two men are stabbed to death after they try to intervene when a man starts yelling racial slurs at two women of Muslim appearance on a train in the north-western US state of Oregon.

The attacker is identified as 35-year-old Jeremy Joseph Christian. A third man is seriously injured.

UK – June 2017: A 48-year-old man in London drives a van into a group of worshippers who had just come out of a mosque after a late-night prayer, killing a 51-year-old man and injuring nine others.

The driver, 48-year-old Darren Osborne, allegedly shouted “I want to kill all Muslims – I did my bit” after the attack. Osborne is sentenced to 43 years in jail on terrorism-related charges.

Spain – August 2017: The number of crimes directed towards Muslims in Spain increases following deadly attacks in Barcelona and Cambrils as mosques in the cities of Granada, Fuenlabrada, Logrono and Seville are desecrated and firebombed.

Three Moroccans are brutally assaulted in Navarre, while a Muslim woman is injured from in attack in front of a Madrid metro.