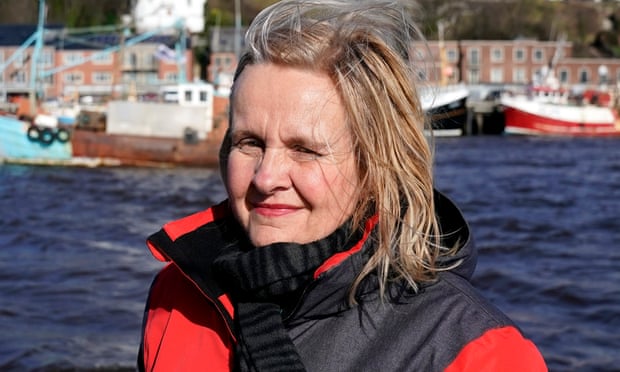 The leader of the new pro-Brexit party backed by Nigel Farage abruptly resigned on Wednesday after the Guardian asked her about a series of deleted anti-Islam Twitter messages sent before she took on the role.

Catherine Blaiklock, the leader of the Brexit party, repeatedly retweeted posts from far-right figures as well as sending her own messages. Among the messages she shared was one by Mark Collett, a former British National party (BNP) activist, referring to “white genocide”.

The term is often used in extreme rightwing and racist online activism of the sort seen as having inspired the terrorist who killed 50 people last week at mosques in Christchurch, New Zealand.

One of her own messages read: “Islam = submission – mostly to raping men it seems.”

The news will call Farage’s judgement into question after he left Ukip because of its “fixation” on Muslims and alliance with far-right activist Tommy Robinson.

The tweets, sent between 2017 and this year, came from an account that Blaiklock deleted shortly after she co-founded the Brexit party. They were uncovered by researchers from Hope Not Hate, which monitors the far right, and have been seen by the Guardian.

After the Guardian asked Blaiklock about the messages, she said her role “was only ever supposed to be temporary”, and involved mainly helping Farage set up the party and get it registered with the Electoral Commission.

She said: “The out-of-character comments that I made on social media some time ago were unacceptable in tone and content. After speaking to Nigel Farage, I realise that my comments fall well short of what is expected in any walk of life.

“I have accordingly tendered my resignation as party leader.”

Among other tweets sent by Blaiklock was one that referred to Islam as “a non democracy ideology that is incompatible with liberal democracy”. Another said of Islam that it was “perfectly rational to be phobic about people who want to kill you”.

Another, from December 2017, recounted being at a north London tube station, and read: “8 people waiting for lift, 5 Muslim girls, 1 black, 1 other Asian Chinese, 1 white. Immediately outside saw a drug deal take place. Looked like Turkey.”

She also retweeted a message by the US radio show host and former state congressman, Joe Walsh, saying: “Haiti is a shithole and it’s run by blacks.”

Blaiklock was formerly Ukip’s economics spokeswoman. She left the party late last year, shortly after Farage, who is listed on the Brexit party website as “supporting” it, and has promised to stand if new European elections are held in May.

She shared 45 Twitter posts by Collett, who formerly headed the youth wing of the BNP, one as recently as January this year. One retweet, from 2018, shows a photo of a multiracial primary school class with the message: “This is a British school. This is white genocide.”

Another post by Collett retweeted by Baiklock claims that multiculturalism amounts to “the replacement of the indigenous European people”.

As well as Collett and Robinson, Blaiklock also retweeted dozens of posts by the far-right agitators Peter Sweden and Stefan Molyneux, and Paul Joseph Watson from the US conspiracy theory website Infowars.

Her own tweets about Islam also included: “Islam = submission, slavery, Western thought = critical thinking freedom.” Another, sent 10 days later, read: “I want my country back. I want seaside donkeys on the beach and little village churches, not acid attacks, mobs and mosques.”

In January, deleted posts from Blaiklock’s personal blog emerged in whichshe expressed concern about “Muslim enclaves” and argued that crime and fatherlessness among black men were due to high testosterone levels.

At the time, Blaiklock said she had taken down her Twitter account “because I have no time right now to monitor it”.

“The only reason Blaiklock has gone is because these vile comments were exposed by Hope Not Hate.”

A spokesman for Farage said he had nothing to add.