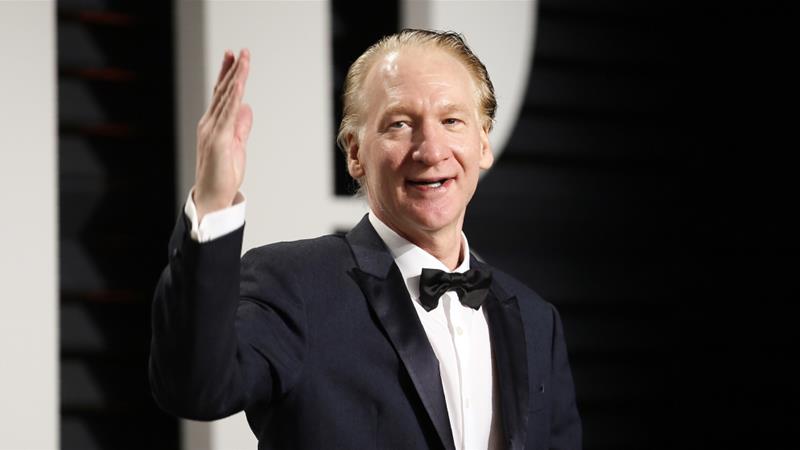 The world should know the name of the Christchurch terrorist and the names of those who inspired anti-Muslim terror.

“You will never hear me mention his name,” New Zealand Prime Minister Jacinda Ardern told the New Zealand parliament soon after a mass murderer went on a rampage slaughtering 50 Muslims in two mosques in Christchurch.

“He is a terrorist, he is a criminal, he is an extremist,” she went on, “but he will, when I speak, be nameless, and to others I implore you: Speak the names of those who were lost rather than the name of the man who took them. He may have sought notoriety but we in New Zealand will give him nothing – not even his name.”

This may perhaps appear smart, an apt punitive twist, to deny the racist mass murderer the notoriety he craved. But if like me you have a Muslim name, you may pause and wonder.

For decades now our names have been made icons of terror and suspicion at United States and European airports and borders. The addition of a few names like Brenton or Anders or Bill or Donald or Benjamin or Daniel on the terrorist list would be more than just poetic justice here.

Not naming Adolf Hitler will not bring back six million Jews slaughtered in Europe. Not naming Leopold II of Belgium will not undo the genocide he committed in Congo, in which between five and 10 million people died.

Or this: “It speaks volumes about why liberal western culture is not just different. It’s better. President Obama keeps insisting that ISIS [ISIL] is not Islamic. Well, maybe they don’t practice the Muslim faith in the same way he does.”

What is the difference between the mass murderer who went on a rampage in Christchurch, New Zealand and the man who said this: “But if vast numbers of Muslims across the world believe – and they do – that humans deserve to die for merely holding a different idea or drawing a cartoon or writing a book or eloping with the wrong person, not only does the Muslim world have something in common with ISIS. It has too much in common with ISIS.”

Ignorance is a deadly weapon

Such pure, undiluted, visceral ignorance and nauseating racism is globally broadcast by HBO, for mass murderers to watch, listen, and learn before proceeding to write their “manifestos” and then murder Muslims. Bill Maher has weaponised their hatred with words and thoughts and ideas and jokes.

Bill Maher claims: “The kooks and the terrorists in the Christian and the Jewish world are truly just a little fringe. And in the Muslim world they draw from a vast pool of support, which is not in any other religion. So don’t try and feed me that line.”

Muslims, all 1.5 billion of them – men, women, and children – living on planet earth have no other business but to get up in the morning and start hating “the West” – this is Bill Maher’s mantra, day in day out, broadcast by the powerful network HBO.

How different are Bill Maher’s racist screeds from what a mass murderer wrote in his “manifesto”: “An attack in New Zealand would bring to attention the truth of the assault on our civilization, that no where [sic] in the world was safe, the invaders were in all of our lands, even in the remotest areas of the world and that there was no where [sic] left to go that was safe and free from mass immigration.”

The sweetheart of US and European liberals who even passes as a “leftist” believes: “I don’t have to apologize, do I, for not wanting the Western world to be taken over by Islam in three hundred years?”

Somewhere in his “manifesto” the Australian mass murderer asks: “Why attack Muslims [sic] if all high fertility immigrants are the issue?” To which he responds: “Historical, societal and statistical reasons. They are the most despised group of invaders in the West, attacking them receives the greatest level of support.”

When Jews, Africans, Native Americans, Asians, Latinx, and now Muslims are slaughtered, we need to know and spell out the names of their mass murderers. It is good for the posterity. It might teach humility to white colonialists in North America, Europe, New Zealand, Australia, and of course, Israel. The plague of racist white supremacy has already wreaked havoc around the globe.

In a piece for the Financial Times titled The power in depriving someone of their name, Sam Leith, a literary editor and author, argues that: “Ms. Ardern’s determination not to give the killer his name – now followed, apparently, by other outlets including the BBC – is a smartly intelligible response to the question of how one should respond, rhetorically, to a terror attack.”

That is indeed a lovely little literary thesis. But I wonder; where were these literary speculations when names like Mohammad, Ahmad, Osama, Ayman and Abu Bakr were turned into synonyms of terror and barbarity in every European language?

Now that a head of state of a “Western country”, as their colonial geography would have it, finally called a spade a spade and this mass murderer a terrorist, not naming his name denies the racialised origins of his crime. He is an Australian terrorist, a white terrorist, a Christian terrorist. Not naming him is like saying “This is not New Zealand” when referring to the mass slaughter of scores of Muslims. This might be all fine and dandy for the white ruling elite in denial in New Zealand, but certainly not for those who are on the receiving end of their institutionalised racism.

A few dumb and many smart Islamophobes

Naming and shaming is what we must do not just to mass murderers like Brenton Tarrant, Anders Breivik, Robert Gregory Bowers, Dylann Roof or Timothy McVeigh, who actually pulled triggers, but also to those who have consistently sown the seeds of white supremacy and produced the very vocabulary of hate that enabled and agitated the infested minds of these Islamophobes, anti-Semites and anti-black racists.

In an excellent piece for Foreign policy, Sasha Polakow-Suransky and Sarah Wildman demonstrate how the inspiration for the mass murder in New Zealand came from France, particularly from the work of a certain far-right ideologue named Renaud Camus.

The world needs to know that this Camus and his ilk spread hatred of Muslims in France, and an Australian racist picks it up and goes to New Zealand to kill Muslims. We are not in a position to take this Camus character to any court of law. But we are in a position to scandalise him.

I am sure every European country has a Camus of its own, churning racist writings to the delight of millions of Europeans. In the US we also have our share of racist Islamophobes. The world must also know their ignoble names and their terrorising ideologies.

Brenton Tarrant is a dumb Islamophobe. Bill Maher, a chief Islamophobe, on the other hand, is so smart in his Islamophobia that he has actually made a lucrative career out of it. He has a well-paid job at HBO spreading his racist, Islamophobic drivel.

Every bleeding-heart liberal is now rushing to condemn the massacre of Muslims in Christchurch New Zealand. But come next Friday evening, they will all sit in front of their flat screen TVs and laugh out loud at Bill Maher’s “jokes” demonising Muslims as collectively violent terrorists.

You may think President Donald Trump or his evangelical crusaders like Steve Bannon or Mike Pompeo or that homophobic brute, Mike Pence are the notorious Islamophobes we must mark and investigate. But they are not. They are universally detested by liberal Americans. But talk show host Bill Maher is not.

He is actually loved by liberal Americans. They crawl over each other to be at his recording studio to laugh and clap and cheer at his “jokes”. Bill Maher is far more dangerous than Trump, Pence or Bannon – he is a liberal institution who has been around long before Trump and Trumpism and will outlast him and his calamities. His visceral hatred of Islam and Muslims is something to behold.

Who said this, Bill Maher or Brenton Tarrant? “[Islam is] the only religion that acts like the mafia that will f****** kill you if you say the wrong thing.”