With a War Powers resolution that would end U.S. military support for Saudi Arabia’s assault on Yemen currently on President Donald Trump’s desk, the Saudi-led coalition on Sunday reportedly bombed a residential area in the Yemeni capital of Sanaa, killing at least 11 and injuring dozens more.

According to local medical officials, most of those killed were young children after Saudi airstrikes hit a Yemeni school.

“Everyone was hysterical, some were crying and shouting in panic,” Fatehiya Kahlani, principal of Al Raei school, told Al Jazeera. “The situation was horrible as the school population is 2,100. Some girl students were killed and others were wounded and are in a hospital as a result of the missile strike. The school building was destroyed too.”

Get the news you want, delivered to your inbox every day. 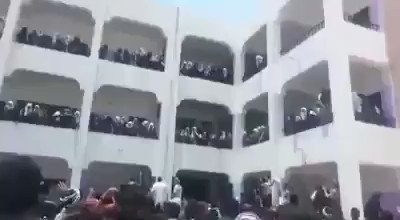 Just imagine that your kids were among students in this school.
Footage taken today in Sana’a after Saudi led coalition air strikes hit al-Raei school, killing 11 girl studets and wounding 35 others. #Yemen #YemenCantWait

Youssef al-Hadrii, a spokesman for the rebel-controlled health ministry, was quoted by DPA news agency as saying that the attack on Sunday left more than 39 people wounded.

He said most of the victims were students killed in the bombing of houses and a school. 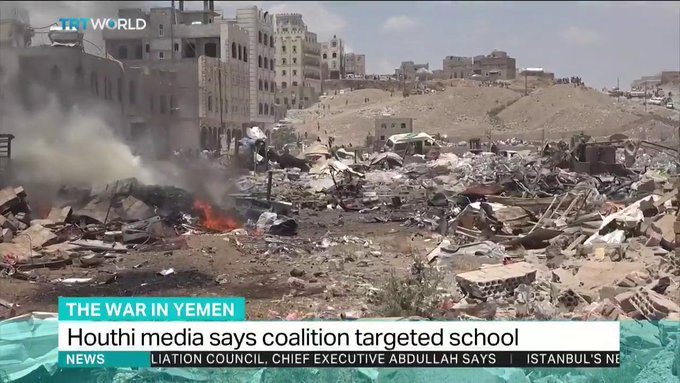 Reacting to the latest Saudi-led attack on Yemen — which comes around two weeks after the coalition bombed a Yemeni hospital — Rep. Ted Lieu (D-Calif.) demanded to know whether the Trump administration provided the Saudis with “targeting or other assistance… for this airstrike that killed girl students.”

“Why is the Trump administration still supporting the Saudi-led coalition, which has committed multiple war crimes?” Lieu asked.

Dear @SecPompeo, @ActingSecDef: Did the US provide targeting or other assistance to #SaudiArabia for this airstrike that killed girl students in #Yemen?

Why is the @realDonaldTrump Administration still supporting the #Saudi led coalition, which has committed multiple war crimes?

Death toll rises to 13 girl students and 83 wounded aftermath a raid by Saudi jets on al-Raei school in the capital Sana’a today.
Our students are fighters world.#Yemen#YemenCantWait 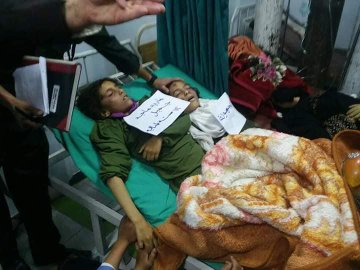 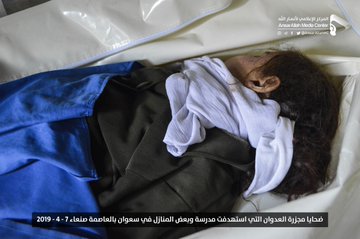 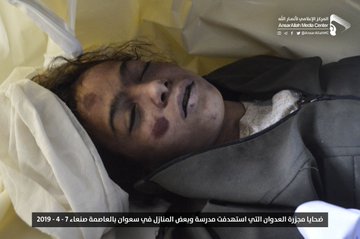 Reports of the Saudi-led coalition’s continued bombing of Yemen come days after the U.S. House voted to send the Yemen War Powers resolution to Trump’s desk.

If the president signs the measure, it would end U.S. military assistance to the Saudis in its years-long war on Yemen, which has created the world’s worst humanitarian disaster.

While Trump is expected to veto the measure, a bipartisan group of lawmakers sent a letter to the president last week requesting a meeting on the resolution and urging him to sign it.

“We believe that by signing this historic legislation to terminate an unconstitutional war that predates your presidency, you will set a new precedent for cooperation with both chambers of Congress to overcome such entrenched opposition to foreign-policy restraint,” reads the letter, which was signed by Sanders, Rep. Pramila Jayapal (D-Wash.), Rep. Ro Khanna (D-Calif.), Sen. Rand Paul (R-Ky.), and other lawmakers.