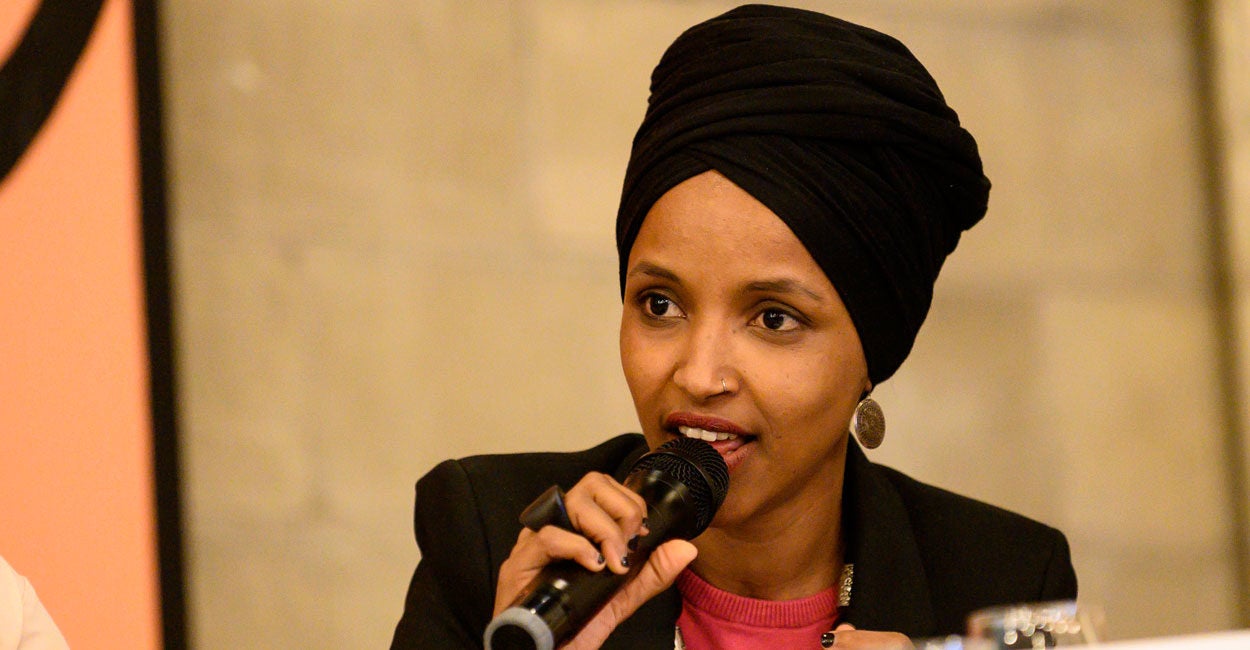 “Some people did something.” That’s not how most people would describe a watershed event in which terrorists killed as many people as possible by turning planes into missiles. Yet this was how Rep. Ilhan Omar, D-Minn., referred to the 9/11 attacks at a Council on American-Islamic Relations fundraiser last month.

In doing so, she prompted a response from President Donald Trump, who tweeted in all capital letters that “we will never forget” alongside a video showing images of the twin towers being hit and repeated clips of Omar’s ill-chosen words.

There were many substantive ways for Omar’s supporters to respond to this. They could have asked her to clarify her unwise comments while calling out Trump. But that’s not the route the left chose to take.

Instead, it went in a depressingly predictable direction: It deployed the Islamophobia card. “We are stronger than this president’s hatred and Islamophobia,” tweeted former Rep. Beto O’Rourke. Sen. Kirsten Gillibrand, New York Democrat, tweeted, “It’s a false choice to suggest we can’t fight terrorism and reject Islamophobic hate.”

All decent-minded people loathe prejudice or hatred directed at someone because of their religion. And because of that, many are tempted to regard the word “Islamophobia” as an appropriate catchall description when negative comments are made about Muslims.

This, however, is a mistake. Islamophobia is a slippery concept that means different things to different people.

It’s important to remember that Muslims and Islam are two different things. Maajid Nawaz of Quilliam argues that hatred of Muslims just for being Muslim is a very different beast from a dislike of the ideas animating a religion. The former is bigotry; the latter is a fundamental right.

The ambiguity and confusion around the meaning of Islamophobia allows Islamists to use the term to shut down criticism of their religion and impose an informal blasphemy law on the sly. The best-case scenario here is being called an unpleasant name like “bigot” or “Islamophobe”; the worst-case is being killed by al-Qaeda-trained gunmen, as happened to staff members of Charlie Hebdo magazine.

It is not just the Islamists who seek to misuse terms to constrain free speech. Many on the left do this. The progressive Southern Poverty Law Center, for example, has been quick to dub Muslims with whom it disagrees politically as “anti-Muslim extremists.”

This phenomenon is also occurring in Europe. Sara Khan, Britain’s counterextremism czar, has observed that “too often when Muslim and non-Muslim civil society groups … push back against hatred, they are subjected to abuse and written off as ‘Islamophobic.’”

The cynical deployment of the Islamophobia label is not restricted to shutting down criticism of religion. When extraordinary levels of corruption were exposed in the office of Lutfur Rahman, the Muslim mayor of Tower Hamlets in East London, Rahman sought to silence critics with accusations of racism and Islamophobia.

Omar’s supporters did something similar in the tiff with Trump. “Islamophobia” was deployed as a shield to protect Omar from valid criticism of her comments. There is a reason why this is a safe go-to political play: because it is so effective.

Muslims’ concerns about the prejudice they face in society cannot be ignored. Those concerns, however, must be addressed without throwing around accusations of Islamophobia, a word used to narrow the parameters of legitimate debate, not broaden them.

As Zuhdi Jasser from the American Islamic Forum for Democracy has stated, “Ideas don’t have rights; human beings do.” Liberals and conservatives do not agree on much at the moment. But that is one principle they surely can stand behind.