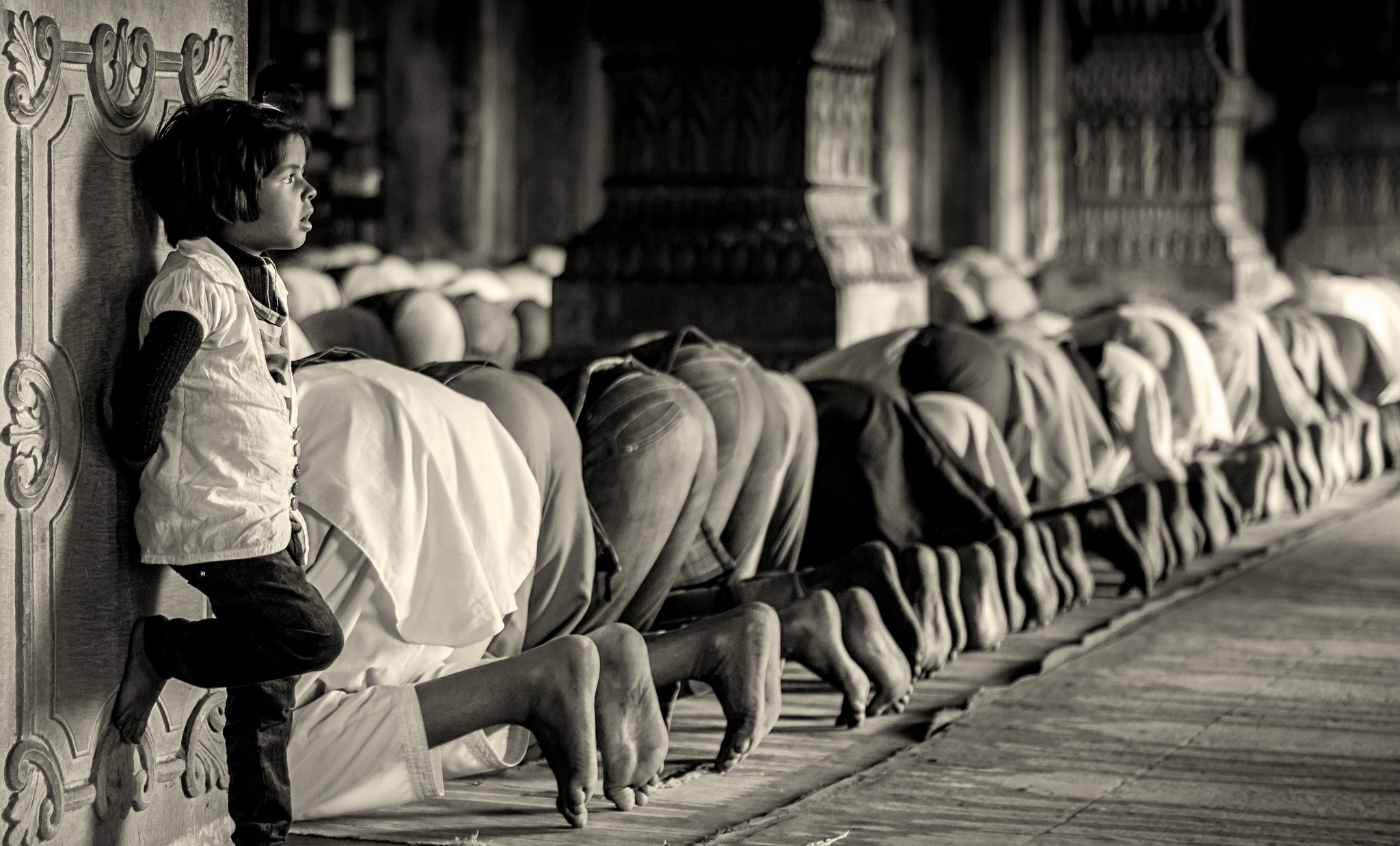 India is no different from the West in its perception and lack of knowledge about the Muslim community, producing a culture of Othering.

In a context where lynching of the Muslims has become an everyday reality, Prof Ajay Gudavarthy’s commentary ‘There is Communalism – Not Islamophobia – in India’ published by The Wire lacks nuance and fails to address the complexities surrounding the issue. At the same time, there is no getting away from the fact that Islamophobia is not the only root cause of the everyday violence we see around us. It can also be argued that the deliberate elimination of Islamophobia from the Indian discourse in itself is Islamophobic.

To begin with, I will try to deconstruct how Guadavarthy engages with questions of phobia and imagination of “Others”. For him, phobia is not relevant in the Indian context the way it is relevant in Europe or North America. Extreme individuation, digitised image production and lack of concrete experience, as the author claims, produce Islamophobia in the West. Their suspicion and lack of knowledge about ‘Muslims’ produce ‘random or episodic violence’. The author does not contest the West is the breeding space of Islamophobia.

My argument is that India, certainly, is no different from the West, at least, in its perception and lack of knowledge about the Muslim community. All this produces the culture of Othering.

In 1986, the Maharashtra State Gazetter wrote about Muslims living in Bombay:

Bombay Muslims are generally well dressed, the turban, the fez, the Kashmiri cap or a head scarf will necessarily be found on the head of a Muslim. Among the young people nowadays the headwear is disappearing… Rich and well-to-do Memons, Bohoras, Khojas and Others usually take tea or coffee in the morning with bread and butter and eggs. They have generally two meals a day: lunch at about 12 noon or 1 p.m. and dinner at about 8 p.m. or 9 p.m. They also take tea at 4 or 5 in the afternoon.

The above description is one of the many ways India’s Muslim community is viewed. The knowledge about Muslims in India has been a matter of contention. In a paper, sociologist Nasreen Fazalbhoy says that the Indian academia generally views the Muslim question from three perspectives: the community’s behaviorial aspects, kinship pattern; their relation with Hinduism and the culture of Hindu-Muslim syncretism from the aspect of cohabitation; and the impact of Sufi culture.

However, in the first decade of the new millennium, three more strands were identified in this genre of scholarship: the study of communal violence led by scholars like AshutoshVarshney, Paul Brass or Steve Wilkinson; looking at the community’s socio-economic condition in light of the Sachar and Ranganath Misra reports; and the study of urban Muslim clusters, popularly described as ghettos. These studies laid too much emphasis on the communal/secular debate and the preconditions for cohabitation, side-stepping the essential characteristics of the Muslim community.

Despite centuries of cohabitation, British colonisers were successful in projecting Muslims as the “social other”. Political scientist Ghazala Jamil, in her book Accumulation by Segregation, points out that after the 1857 rebellion, Muslims residing in Delhi were thrown out. This was followed by another round of evacuation, during the Partition and then the Emergency.

Every Indian city has its own history of spatial Muslim marginalisation. If Delhi witnessed three phased spatial strategies changing the city’s map, Mumbai bore the pain of the 1992-93 riots and the subsequent bomb blasts.

Urban growth certainly pushes Muslims to the outskirts of a city. Prior to the Mandir-Masjidcontroversy, Muslims residents in central Mumbai were pushed out to live near the dump yard of Shivaji Nagar. Notwithstanding the dimension of class stratification, there is also the notion of phobia that one needs to deal with.

The question of spatial Muslim seclusion remains a strongly contested one. Laurent Gayer and Christopher Jaffrelot in the book Muslims in Indian Cities, study 12 Indian cities to understand the systematic spatial segregation. So, while Gudavarthy refers to Slavoj Zizek’s concept of ‘difference as distance’ in the context of European immigration, that same notion holds true for India.

Since the onset of liberalisation, economic sovereignty has been replaced by violent assertion of cultural sovereignty, sustained by the current form of nationalism. The efforts of the majority to create and celebrate a pure ethnic identity produces what Arjun Appadurai in his book Fear of Small Numbers describes as ‘anxiety of incompleteness’. Such anxiety, Appadurai notes, results in “ethnocide” and “ideocide”, two major components completing the process of othering.

Such an understanding contests Gudavarthy’s argument that the visibility of Muslims doesn’t evoke fear. “One of the crises of the mobilisation of the extreme right-wing in India has been its failure to conjure up a violent and militaristic image of the Muslim,” writes Gudavarthy, failing to note the energy media has invested in constructing the image of ‘hyper-sexual, violent, anti-national’ Muslims.

The role played by Indian films in transforming the Muslim question is important in this context. Films like Parmanu, Uri, Raazi, Mulk, Secret Superstar along with a string of others, apart from promoting hyper-nationalism, conjure the image of ‘violent and militaristic Muslim.’ They create an ambiance in which audiences, despite knowing the truth, accept the lie conveyed in the visual representations.

The question of stigma

Gudavarthy’s claim that Muslims are not as stigmatised as Dalits does not pass the test of contemporary times. Sociologist Sumeet Mhaskar’s work on Mumbai’s former Muslim mill workers categorically mentions how the feeling of ‘karahiyat’ (aversion/antipathy) denied them entry into profitable economic sectors. The stigma of being Muslim is reflected in victim-blaming, killing of Muslims in prisons, not trusting the community and ensuring opportunities of mobility.

American sociologist Elijah Anderson argues that even after gaining civil mobility in numbers due to affirmative action, black people in the US could not get rid of stigma. The same stands true for India. The upper caste Muslims who occupy dignified jobs have to prove both their competence and trustworthiness.

It would be wrong to undermine the stigma Muslim residential clusters carry with them. The ‘subjective closure’ of Muslim localities makes them vulnerable to stereotypes. Here, Gudavarthy certainly commits a conceptual distortion. His use of the term ‘ghettoised slums’ conflates the two separate categories – ghettos and slums – born out of different situations.

When I lived in Arvind Nagar, Ranchi, an upper caste, upper class Muslim locality, for my primary fieldwork, I was constantly asked, “Wo to Mohammedan area hai… wahan par kyun rehte ho? (Why do you stay there? It’s a Mohammedan locality?). We must therefore understand that we are not merely talking about the economic condition with regard to the Muslim question. The stigma primarily lies in being Muslim, in wearing a skull-cap or a beard.

One must not forget that ‘imagined fear’ is also a component of violence that is committed seemingly to ‘purify’ the nation. The National Register of Citizens and the fear of immigrants that it has produced are no longer new ideas to India. Islamophobia contains within it the fear of being outnumbered, of being “contaminated” in the presence of Others.