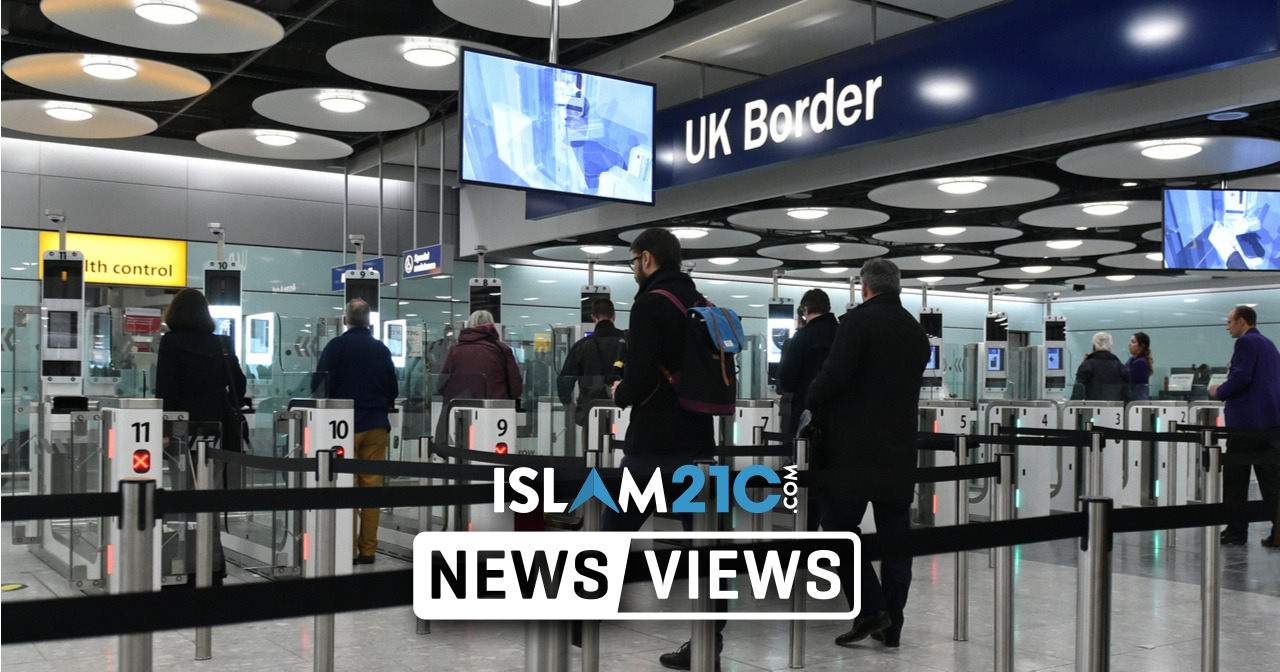 Muslims are being detained at ports and airports for up to six hours by law enforcement using controversial counter-terrorism powers so disproportionately that the practice has become Islamophobic, according to human rights group Cage.

The organisation added there is growing anecdotal evidence that Muslim women are being forced to remove their headscarves when stopped, even though the rate that such stops lead to a conviction is 0.007%, according to Cage’s analysis of 420,000 incidences.

Cage said it had made a compliant to the policing regulator, the Independent Office for Police Conduct, on behalf of 10 people, and had written to MPs on the all-party group on British Muslims to spell out the extent of its concerns with so-called schedule 7 stops.

In the letter, Adnan Siddiqui, the director of Cage, said that tens of thousands of people were being subject to “suspicionless stops” and that “the practice is a manifestation of structural Islamophobia, which is experienced as harassment”.

One Briton, Omer, who asked only to be identified by his first name, told the Guardian he had been stopped 40 times when returning to the UK since 2005 but has never been convicted of any offence.

Omer said: “I get stopped 95% of the time, coming back from Belgium, France and Italy.” He said he had become so fed up with being repeatedly questioned he often used one-word answers to reply.

A former medical professional, Omer was stopped at Heathrow returning from Lahore, Pakistan, after a flight in which he had helped a teenager having a fit. But on leaving the plane he was nevertheless questioned. “This is a law that is almost impossible to beat.”

Schedule 7 of the Terrorism Act 2000 allows people to be detained at the border for up to six hours if law enforcement is concerned they could be engaged in terrorist activities. Detainees have no right to silence, must surrender their phones, computers and passwords and provide fingerprints and DNA on request.

One of Cage’s complaints is that the Home Office does not respond to freedom of information requests breaking down the number of people stopped by their religion. But a study conducted by Cambridge University researchers in 2014 concluded 88% of those stopped were Muslim.

Cage has compiled a dossier summarising its complaints about schedule 7, which is partly based on a string of case studies it has compiled. Siddiqui said that the organisation had noticed that recently “a number of Muslim women had been asked to remove their hijab at a schedule 7 stop”.

In his letter to the MPs, Cage’s director added: “This request seems not to correlate with any appropriate investigation in relation to any form of terrorism, but seems to be a form of humiliation which can amount to a breach of equalities legislation.”

A woman returning from Mecca was stopped and held at an airport for five hours, according to the Cage dossier, despite having felt unwell on the plane. She was separated from her husband and son, asked for fingerprints, a DNA sample, her luggage was searched and her phone taken.

The woman asked what she thought about the 2017 Westminster terror attack, and wars in Syria and Yemen. “I said I didn’t agree with killing innocent people,” she recalled, before being released, having been told “you have complied with the laws”.

Muslims stopped say that questions frequently focus on their religious beliefs, and they are asked if they pray frequently, if they fast and if they have been to Mecca.

“The whole thing is done in such a way as to make you feel that you are doing something wrong for simply practising Islam,” said a filmmaker who had previously worked for aid organisations in Syria but on this occasion was travelling to Amsterdam via Dover.

Muhammad Rabbani, Cage’s international director, said: “The discrimination faced by Muslim travellers highlights how embedded Islamophobia is in schedule 7, and in broader counter-terrorism powers. Officers routinely ask intrusive questions about religion and practice, which amounts to a modern-day inquisition.”

David Miranda, the partner of former Guardian journalist Glenn Greenwald, was controversially detained at Heathrow airport under the counter-terrorism power in 2013 for carrying files relating to information obtained by US whistleblower Edward Snowden.

A Home Office spokesperson said: “The use of Schedule 7 is vital to the police in their work to combat terrorism and the authors of this report are clearly misrepresenting facts to fit their own predetermined conclusions.”