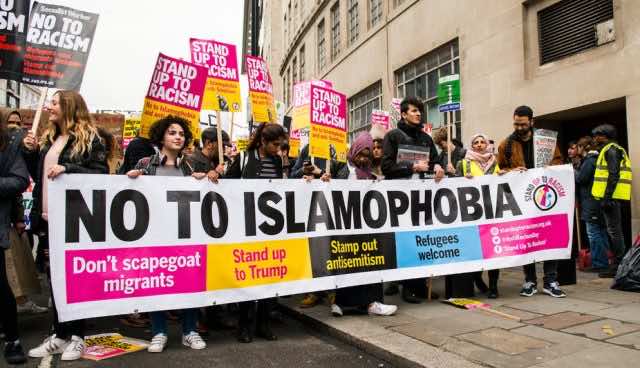 Morocco says it wants the day to be about “internationally celebrating tolerance and coexistence” and refuting “the heinous rhetoric against Islam and Muslims.”

Supported by the Organization of Islamic Cooperation (OIC) and other allies, Morocco is pushing for the adoption of a UN resolution on World Anti-Islamophobia Day, Moroccan parliamentary sources have told Moroccan outlet le 360.

In line with the project, the Moroccan parliament is convening ambassadors from Muslim-majority countries on September 18. The meeting is set to discuss the scope and possible content of the prospective resolution. Morocco is planning to introduce the resolution at one of the coming UN general assemblies.

According to the sources, the move dovetails with Morocco’s newfound identity as a promoter of inter-religious dialogue and interfaith connections both domestically and worldwide.

They suggested that the move seeks, in the long term, to go beyond the sole goal of countering mounting Islamophobia worldwide. Also implicated in the hope to tackle Islamophobia is the wish to establish more connections and spaces for peaceful dialogue for different religious faiths.

The move has been on Morocco’s agenda for months, according to the news report.

At an OIC meeting in July in Rabat, Morocco asked support from member states, as it announced that it was preparing to submit to the UN general assembly a proposal for the adoption of a World Anti-Islamophobia Day. Rabat said its proposal aims at raising awareness about Islamophobia and celebrating religious tolerance.

“We envision making that day about internationally celebrating tolerance and religious coexistence, as well as moderate Islam. This will serve as a tool to refute the heinous rhetoric against Islam and Muslims [Islamophobia],” le 360 quoted the Moroccan representative at the July meeting as saying.

Islamophobia, the Moroccan representative went on to assert, “has become a fully-fledged ideology with the aim of demonizing Islam.”